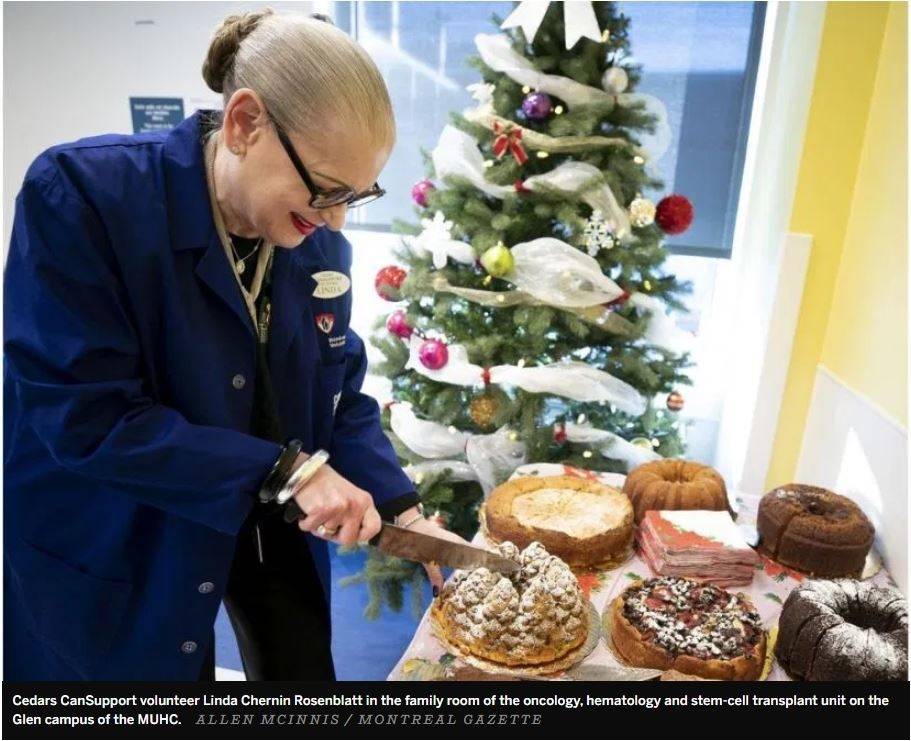 Tea, cake and music for cancer patients and their families

Tea @ 2 was established for Cedars CanSupport by Chernin Rosenblatt — a lifelong baker who grew up in a small town on Newfoundland’s west coast, “where everything happened with homemade cakes and tea."

When she was approached in 2007 to start a teatime program, she remembers saying: “Let’s make it warm and welcoming and let’s have music and I’m going to bake.

“I wanted the table to be pretty — and from the first minute, people commented when they walked in and saw the china and that the cakes were homemade. One lady said, ‘You cared enough to do this for us.’”

Last Thursday, offerings set out in the family room of the hematology, oncology and stem-cell transplant unit included blueberry crumb cake, ginger pear cake, Newfoundland cherry Christmas cake and lemon pound cake. In the run-up to Christmas and Hanukkah, a tree stood in one corner and there was a menorah on one of the tables.

Chernin Rosenblatt recruited her husband, Dr. David Rosenblatt, a distinguished physician, geneticist and research scientist whose responsibilities include being chief of medical genetics at the Jewish General Hospital and a senior scientist at the Research Institute of the MUHC, to volunteer an hour each week to play guitar, sing tunes familiar to many and take requests

He was pleased to have the opportunity to spend the time with his wife, he said, and to help people to focus on something other than illness. “I don’t see myself as an entertainer. I am here to draw people in,” he said. “The idea is to make people comfortable.”

Rosenblatt keeps a thick binder filled with songs by everyone from the Beatles to Beau Dommage and last Thursday sang Christmas songs including Feliz Navidad and Jingle Bells, accompanied part of the time by Cedars Cansupport interim director Helen Rossiter.

A crew of smiling volunteers helps to serve the cake and some bring servings of cake to patients too ill to attend Tea @ 2, but Chernin Rosenblatt continues to do all the baking. She has two ovens and two refrigerators but still manages in an apartment kitchen. She bakes Sunday through Wednesday and each week uses about six dozen eggs, 10 pounds of flour and eight pounds of butter.

“I know that there is nothing I can do that can change patients’ illness or treatment. But as a volunteer, I can talk to them, I can listen. I can try to make a difference in their day,” she said.

“One thing I know for sure is that Tea @ 2 puts a smile on their face: I don’t know how many people can go home at night and feel happy because they know they have made a difference in someone’s life.”

Said Darlene Delaney-Beaver, whose husband, Dale Beaver, was a regular at the tea: “Tea @ 2 makes people smile and sing and forget about their illness for a bit. It just meant so much to him and to the family.” He died in November.

“Mr. Beaver would come to tea, as sick as he was, and he would sit at the table and encourage patients,” Chernin Rosenblatt recalled. “Through him, they would get strength.”

Nicole De Courrière, whose husband, Gilles Fauquembergue, is an inpatient on the unit, loves “the smiles of the volunteers — and both my husband and I love music and singing.”

She said Tea @ 2 is important for families and patients — but also for staff. “It’s a way to show gratitude to them. They give their hearts to the job.”

Reesa Barr’s sister, Rochelle, spent her final four months on the unit. And although she didn’t eat much, “she always asked for a little bit of something lemon and something chocolate” from Tea @ 2. “And she was happy because her kids looked forward to Tea @ 2 and it broke up the hospital monotony for them.

“She never met Linda and David — but she often called them angels for what they did for others.” 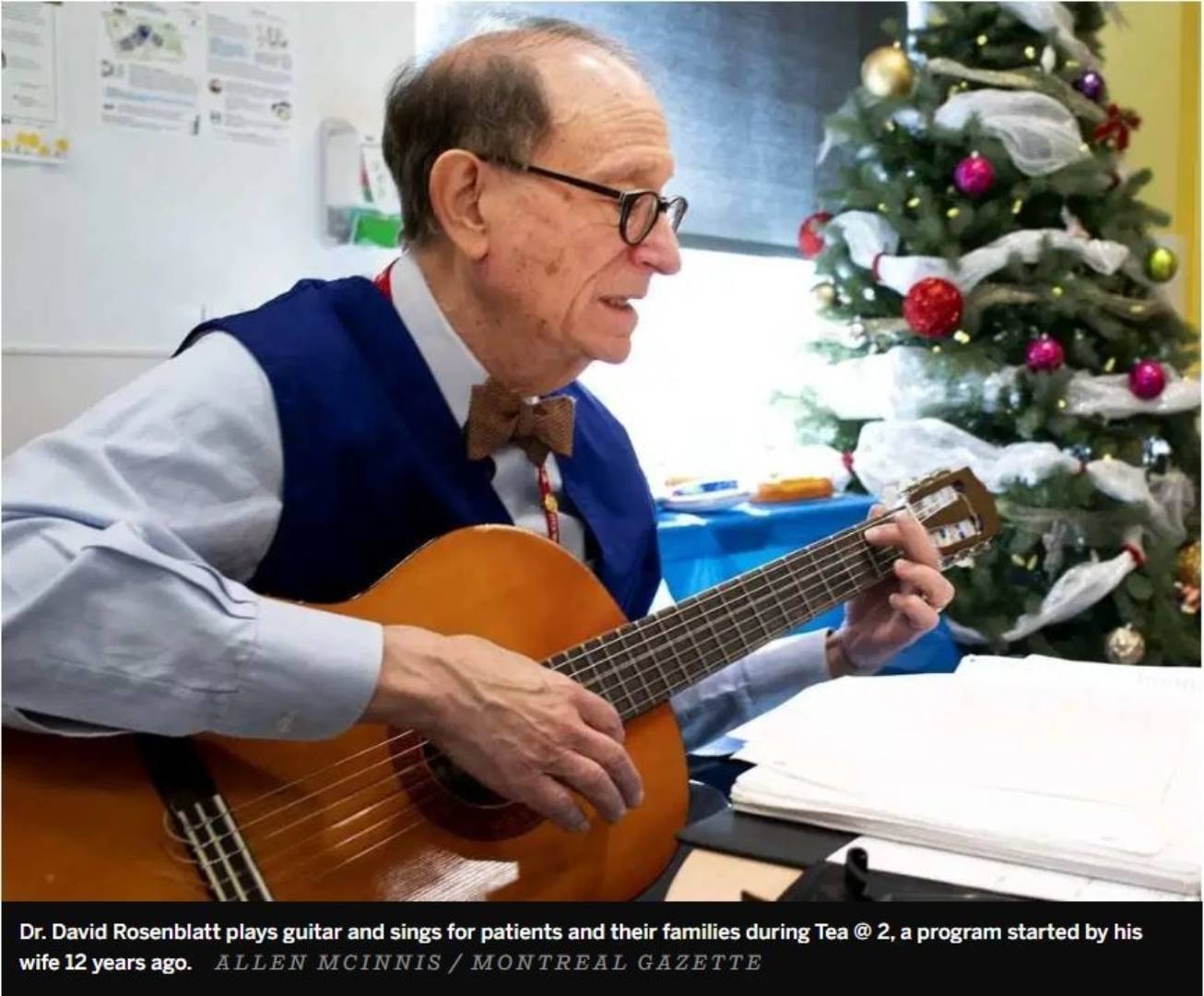